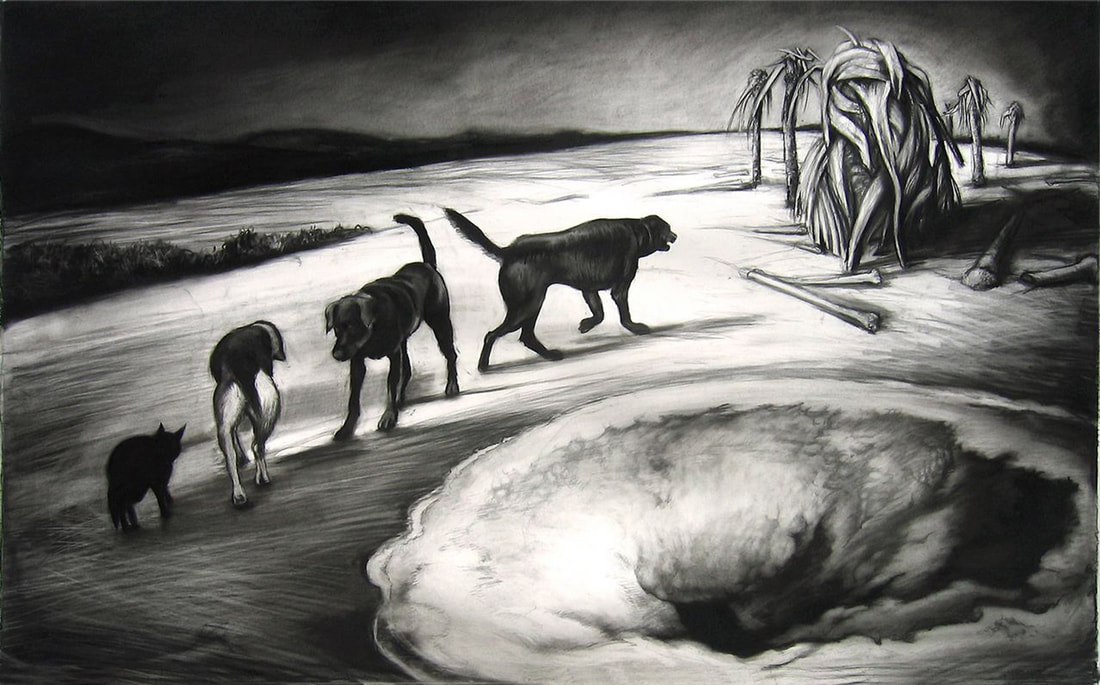 ​“Special Recognition selections were reserved until after the work was installed. I feel that prints and drawings have individual qualities that can often only be accurately assessed with hands on inspection. Much of this visual information sometimes is lost when transformed into digital and slide formats. I'm never satisfied with a pecking order for individual award selections, so I choose seven extraordinary pieces to give a nod to: Neverne Covington, Between Circumstance and Fate." 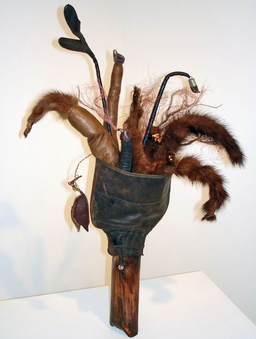 St Petersburg Times Art Previews August 5, 2004
Lennie Bennett
Treeswept 50 x 100
One by land, one by sea-Two artist exhibiting at the Arts Center reference nature in different ways.
“Garden of Dreams” is a somewhat misleading title for an exhibition of new work by Neverne Covington and Rachael Simmons at the Arts Center. Neither artist presents us with anything remotely resembling a garden, though the natural world is a commanding presence in their prints and drawings. It’s a world closely observed then reinvented in their imaginations, which are prodigious. And sometimes dark.
​But Covington’s lush treatment in spare monotones celebrates the organic glory of life observed close up. Landscapes bathed in black, illuminated by mysterious, stark lighting, are an implicit acknowledgement that life is in a continuous process of decomposition from the moment of conception. 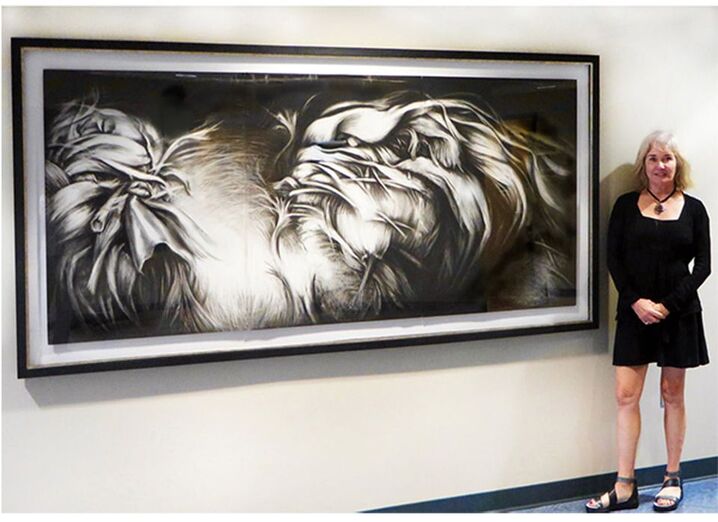 The All Children’s Hospital Foundation set aside money in the construction budget for various amenities, including $250,000 for art. Some of the money was used to purchase artwork, but the committee, under the leadership of Barbara Sansone, was charged with commissioning original work by local artists. The committee eventually selected the work of 40 artists, 36 from Florida and all but four of those from the greater St Petersburg metropolitan area. “Of the 40, there were eight commissions, plus Ray King; the rest were purchases of existing work,” said Wykell. Included in the commissioned work is a mural at the entrance of the hospital cafeteria by local artist Neverne Covington, who spent weeks on scaffolding to complete the work. 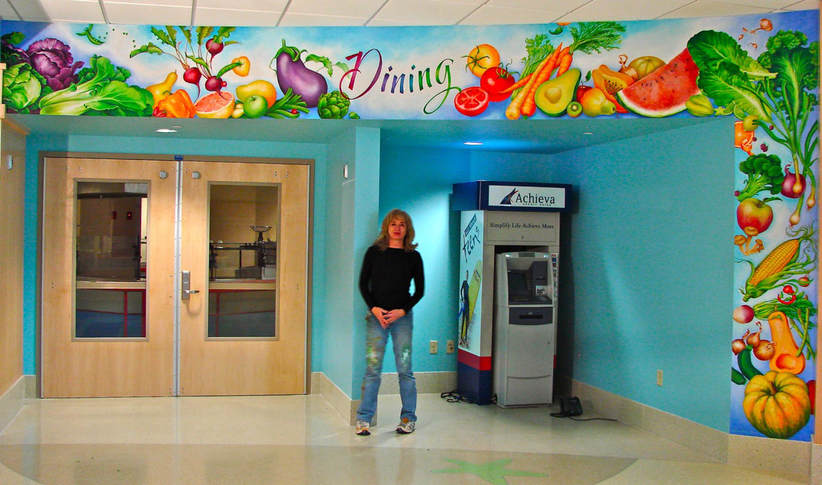 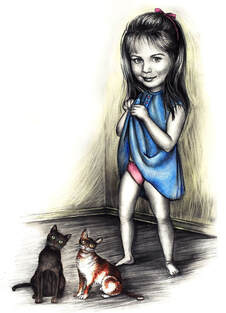 ​Up now is Neverne Covington: “Outside It Was Hot,” Covington’s haunting, mysterious natural images bring dead plant material back to life with lush renderings and dramatic lighting that seems to set them in motion. Also on view is a new series of drawings of children with the formal poses and oversized heads on early American portraits. What’s different is the psychological content, not unlike Covington’s inanimate subjects, which hints of subversion beneath a beautiful surface. The series is based on and titled with common phrases every child has heard, usually more than a few times, such as Wipe Off That Grin Before It Sticks Forever.